Here is the place to talk about all things city and football!
Post a reply
14 posts • Page 1 of 1

Nice day at Carrington even though I was surrounded by photographers. Early to come out were Barry,Micah and Kolo for some special pictures which I believe were charity related (amnesty international I was told) Yaya not far behind and back in ordinary black boots I noticed.Interesting as they were all filing out and milling around in small groups that Hargreaves was in fairly constant action doing little runs and plenty of extra stretches on his own.

The only one missing was AJ and he was out a little later working hard with a physio so no real problems there.Bridge was brought over from the EDS training to make up numbers to 21 outfield players ( weird number I know)Rekik was back with the EDS today but Razak stayed.

Brian Kidd was in extra jovial mood today with his chat and telling all the cameras to leave early and go to the burger van for some lunch.All the usual jogs and stretches before a couple of keep ball circles.The best one to avoid was the one with Vinnie in as he was taking no prisoners when his turn came in the middle.Clichy wasnt far behind in his efforts to win the ball back.Then into the regular game with 2 pitches.One with full nets and one with small ones.Always fun this one and very congested as both pitches are small.

Only one goal I think throughout this exercise and I missed it as all the camera action on either side put me off.Must get my concentration right Aguero was goal hanging but Lescott basically sat on him to give him no chance. The 2 Toures played as keepers in the small nets making it virtually impossible for a goal to be scored.Ivan Carminati ran these sessions and regularly stopped the action for the players to do some key stretches.

Onto the game at the end of the session and very quickly Carlos scored a routine but well taken goal. Good to see CT as we know him best,working hard against all defenders and showing quick feet and very positive attitude on the ball.Joe Hart as ever shouting ,warning,praising his defenders and team and good to note that I could hear similar stuff from Panti.

Some great early moments in the game.Brilliant last minute tackle by Barry stopped Carlos scoring again before a lovely run and pass from Zaba found Aguero for a neat equaliser.Razak today had been given a wide left role for some reason. Clearly not what he is used to and I would say he struggled but I am sure he was given that job as part of his learning different roles.

A lovely pass from Hargreaves found Mario who clinically made it 2.1 before Aguero equally clinically (through some legs) scored to equalise again.One moment of frustration had Kolarov booting a ball over the fence towards the horse field behind.A few minutes later and Les Chapman was across the field under the fencing and searching the ball out! Just as Tevez was at it today I thought Kolo was as well and the whole session was becoming increasingly competitive.

A Hargreaves header just wide before Kidd announced golden goal time and the intensity got even higher.Milner went close as did Edin,Mario and maybe closest of all was Yaya but it would have been an OG.To be fair it was a gerat interception.Really good throughout this session to see Nigel all over the place and reminding how well he reads defensive situations with some great interceptions.Carlos thought he had set up the winner with some brilliant work on the right and a low cross inside the 6 yard box but nobody got a touch.Mancini then decided to call it a draw. Shame it was good fun to watch.

A few stayed out but no shooting practice today. Clichy receiving passes from Razak and firing crosses in to nobody) Kolo working with a coach on attacking headers. Aguero sitting down and then doing sit ups,Nigel chatting with the boss and that was it.

Cheers Doug. Will be interesting to see what XI is picked with Tuesday on the horizon. The majority of the Everton team played extra time on Weds so we cant use fatigue as an excuse for not winning.

AJ has a minor ankle injury and wont play tomorrow apparently, according to Mancini's press conf.

Goaters 103
Donated to the site

Thanks for the report Doug was OH up to speed with the intense training games or was he holding back a bit?

daveh1962
Donated to the site

I suppose CT has been late getting up to speed this season, late back and all that. Sounds from that he is nearing his normal level.

good is all i can say.
[center]

will nigel start at everton?i think he will

A very nice read, cheers Doug.
In the words of my Old Man, "Life will never be the same without Man City, so get it in while you can".

Cheers Douglas a good read as always.
Hark now hear, The City sing, United ran away, And we will fight for ever more, Because of Derby day.

It would be fun if they call golden goal and no one scores after 5 mins, to take 1 player off from each team every 30 seconds until they are basically left with the keepers and a striker each if no one has still scored. Would be good for a laugh!

Crossie wrote:It would be fun if they call golden goal and no one scores after 5 mins, to take 1 player off from each team every 30 seconds until they are basically left with the keepers and a striker each if no one has still scored. Would be good for a laugh!

Funny you should say that.

I've long believed that something along those lines could solve the dreaded penalty shoot-out issue.
[center]

Kladze
Donated to the site

I think he possibly could but I don't think he will.If it was the last match of the season it might be different.

I think he possibly could but I don't think he will.If it was the last match of the season it might be different.

There is no need to rush him back considering all of our Maine players have had a rest this week. Plenty of options with the bonus of possibly bringing him off the bench.

Not a game that I'd personally go for Nige anyway, where their Maine threat comes from set-pieces and balls whipped in from the wings.
In the words of my Old Man, "Life will never be the same without Man City, so get it in while you can".

To make victory assured against Everton we either have to make it a cricket score so it's impossible to come back or drop the zonal marking to give our guys a chance to clear the ball! 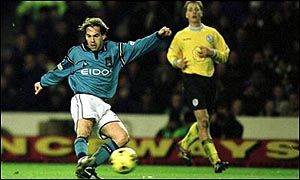 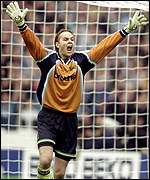 I love reading such positive updates from Dh the night before a game! I'm well excited for tomorrow. Thanks as always for the report Doug.
lets wish for good days but not forget the bad days

It has been said ALOT of times before. But these posts are pure quality Doug and therefore we can only show our gratitude for the excellent service. :)
Faihido - https://www.faihido.com

Whassat
Donated to the site